Dime a Dance by Sojourner McConnell

The trains had all pulled out of the station.  No more people lounging on the benches or pacing about checking their watches or the clock on the wall.

No, the only person left behind was the elderly man that worked behind the counter.  His dark gray hair covered by a green old fashioned visor.  He walked from around the ticket booth counter and gave a glance around the wide open space.  Litter was always a problem, sure it annoyed him. But what can one man do?  You can’t watch everyone, every moment.

Lifting his glasses off his nose with shaky hands he wiped the lenses on his shirt tail then replaced them. With the clean glasses he was able to see more of the messes that were scattered around the vast room.

Marvin Wilson knew his job better than anyone else.  He had been an employee for the terminal for the last forty two years.  He had started as a young man and never felt the need to move on.  He felt like he was an owner of this massive brick building.

Marvin spent five, many times, six evenings a week in this brick building.  He was always willing to come in when one of the other employees chose not to show.  He never had reason to call in to work stating he couldn’t make it.  He had more pride than the younger generation, he thought, more of a work ethic.

Marvin had no time for the younger men and women. He did not approve of their ungentlemanly manner. Their language was coarse and crude. They did not dress neatly. He always wore a dress shirt dress pants and a vest. He always made sure he looked professional. Marvin managed to cross the terminal while deep in thought.  He reached for the broom that stayed propped beside the lockers on the east wall.  Marvin pushed the broom gathering up bits of paper, pebbles and empty cans and bottles.

Marvin never understood people that tossed their trash in the floor, no respect any more.  He did not understand why no one cared any more.  Surely things had not changed so much. Didn’t parents make their children behave, toss out their trash in official receptacles?

He shook his head as he walked along in a straight path gathering up an impressive pile of rubbish.  Marvin whistled a little it was weak and breathy and the tune was unclear and unrecognizable.  It seemed to sooth him while he did his final tasks.

Marvin had covered almost all of the area that was clear of benches and vending machines. The wide open area where people walk about freely was now swept clean. Without fear of stepping on anyone’s toes.  All he needed to do now was sweep under the benches.

Bending low and groaning with the motion, Marvin brushed the broom under the first bench pulling out a torn magazine and a gum wrapper.  He stood again holding the trash in his gloved hand. Marvin dropped the trash into the bin that he pulled along behind.  Glad that there were wheels on the base.  Some new ideas were an improvement he decided.

Moving along in a small caravan to the second bench he thought he saw something.  He peeked over the edge of the bench and there was a shoe box.  Lifting the lid he peered inside and there was a pair of dancing shoes.

Marvin picked up and examined the right shoe.  He saw it was a brand new shoe, with pristine soles and no signs of ever being worn.  Size seven with a scrolling signature lay inside the foot.  The color was rich and shone brighter than a new penny.

This was not the usual find. The usual find was a teddy bear, a pack of cigarettes or an occasional back pack. Marvin picked up the box of shoes and slowly crept back over to the counter when he placed them.

He would place them in the lost and found when he finished with the cleaning.  The shoes tickled his memory.  They felt so familiar.  The color was unusual; it rang some bells in his memory.  He felt he had seen these shoes before.  Tapping his forehead he mumbled “Think Marvin, think.”

Marvin pushed the broom down each row of benches.  Finding little hidden caches of trash but not acknowledging each find as he had before.  His mind was back in the past.

Marvin heard far off music and remembered a dancing hall that he had frequented as a young man.  He remembered the ladies that would dance for a dime.  With their beautiful dresses and their sparkling shoes the ladies had class.  They made men feel strong and important.

Marvin did not even go into a spiel about the kids today. He was lost back in the good old days. The days where he fit in, before he lost his heart to the dancer in the bronze shoes and the flowing dress.

He stopped dragging the broom and turned before he moved quicker over to the counter. He once again looked at the shoes.  He knew these shoes.

He sat down on the bench that was closest to the counter. The box of shoes in his hand, his thumb rubbing over the name of the shoe store he just sat there.  The store was one he recognized, White’s Shoes. It used to be on the corner of State and eightieth.  It had been gone for years. It burned in the sixties. When there was a demonstration by those anti war people.  He remembered seeing White’s Shoes burn that night.  It was vivid in his mind.  The protesters being arrested and the people torn as to whose side they were actually on. It was a terrible time.  Life had been filled with terrible times.  Perhaps that is why he felt so bitter.  No, he disregarded that theory. He remembered why he became bitter. He remembered it all now.

Lana, the red haired, green eyed, dancer that brought him to life. Marvin always felt happy hearing her tinkling laugh and sweet voice.  Lana, with the beautiful shape and magical dancing shoes.  Lana, who he met on every night she worked, just so they could dance. He saved his dimes; it was like he only worked for those dimes.  He lost his heart on the dance floor in that smoky dance club.

He asked Lana to meet him outside after her shift and she winked and smiled coyly. She promised to be there. Insisted that he wait for her.

Yes, my love. I will wait.  Marvin had waited until almost morning. He finally gave up hope when the street lights turned off and the morning light started peeking over the building tops.  He left, broken, his heart remaining outside that brick dance hall.  He never went back. He was never the same.

Marvin finished his cleaning, punched his time card and left.  When he fell asleep that night in his little brownstone apartment he dreamed of Lana. Lana appeared in his room holding out her hand to him. When he took her hand he left his body lying in that room.

Marvin felt a moment of love and happiness before fading out of view still holding Lana’s lovely hand and a smile on his young face.

The shoes remain in the lost and found of the main terminal.  No one has claimed them yet. 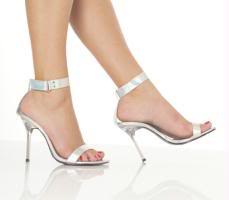 Start a story with the last sentence already decided. I chose the sentence: No one claimed them yet.  I hope you enjoyed it.

Learn to thrive and be positive with bipolar disorder.

Top 10 of Anything and Everything

SHINE OF A LUCID BEING

Bookread2day
Train your strength to protect yourself. Unmask and eliminate harmful stress and tension in posture and movement with gentle, relaxing HeilÜben-exercises for everyone!
Loading Comments...
%d bloggers like this: