The Top Reasons Drama Is Important for Your Child’s Life 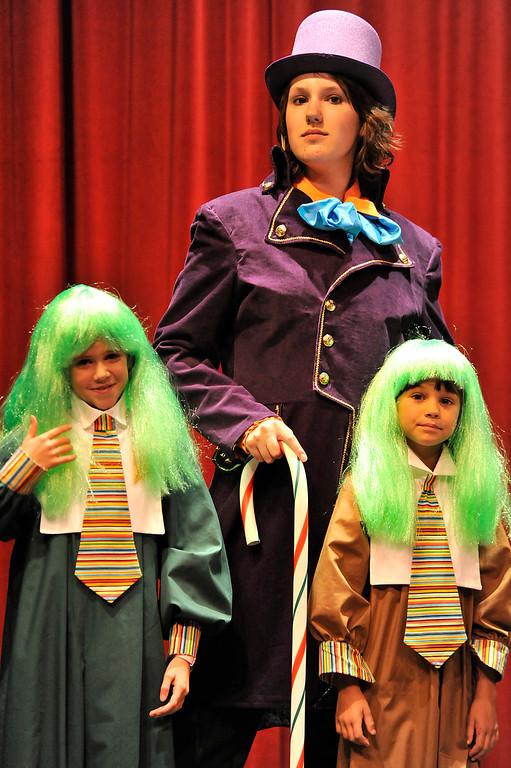 When the Litpick staff and I discussed writing several articles concerning drama education, I was stymied.  I have been a drama teacher and director since 1979.

Personally, theatre and the creativity that stems from it is very second nature to me. I forget that other people may not be aware of its strengths in the same manner.

Today’s the day for bolstering creativity in your child!

In a typical school day, I taught theatre classes to approximately 100 students, ages eight to eighteen.  Whew!  This included classes in creative dramatics, introduction to musical theatre, film making, technical theatre and a production based musical theatre class. Most of what I taught, I created myself for the students.

Since I worked for an enrichment program for home school students, I taught a different group of students each day.  Double Whew! In other words, creating curriculum plus teaching plus directing productions for nearly forty years equals expert first-hand knowledge.  Oh, I forgot that!

At the beginning of the school year, it was not uncommon for parents to stop me in the hallway and express delight that their child will be taking a drama class with me.  Many parents say, “My daughter is very imaginative and expressive.  She plays dress up all day if I let her, but other than dress up, I don’t know what to do with her imagination next.”

I think I know what the parent is trying to express to me.  They need some assurance that A. this is a normal part of the child’s development; B. it should not be squelched but promoted and C. there are many strengths to being a creative human being.  I smile and encourage the parent to allow the child to continue imagining. I take it from there and the magic begins.

I will admit I am very partial to theatre arts.  Honestly, theatre saved my life when I was about ten years old, but that’s another story for some other time.  All arts classes will nurture your child’s creativity and every art form brings different gifts to the table.  Here are my top seven reasons for drama classes in your child’s life.

Stage Make up Assignment in Technical Theatre Class  May 2016 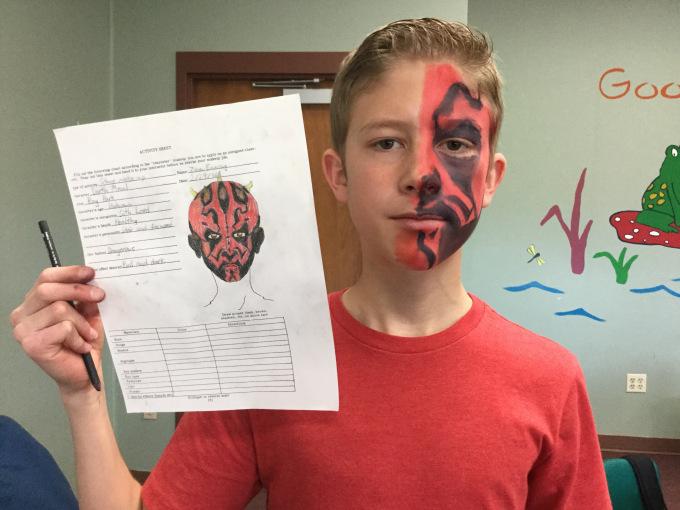 Strengthen literacy—We know that through reading, our reading becomes more fluid and comprehensive. Not everyone recognizes that in a drama class we READ a lot–plays, scenes, poems and stories to dramatize.  Of course, when we rehearse a piece we read the words over and over again—aha! Then we MEMORIZE them.

We practice a character’s lines using vocal inflection and variety.  Suddenly, the words come to life for the reader. Voila! We sneak in reading skills without any of us being aware of it.  It is that easy, but reading must be continued in order to have consistent success.

Build self-esteem and self-confidence—If a child has an opportunity to share his ideas through drama, he is immediately accepted. We applaud for the student and his attempt.  We encourage positive comments towards the student’s effort.  Over time, the child begins to see his worth within the classroom, within the school and consequently in the world as well. Self-actualization is realized. It is a known fact that many at-risk students attend school only because they can take an arts class.  That’s pretty powerful.

Build a team spirit—I compare a cast in a play to a football team. The only difference is that no one sits on the bench—everyone plays.  Everyone’s actions count to make the goal, the performance.  If a student knows that he is expected to help other members of the cast and crew, he takes on the responsibility.

This level of responsibility carries over into social situations because by becoming a part of a team, a student can see himself as part of the whole instead of merely one piece. A P.E. teacher once remarked to me that she could tell which of my drama students took her classes.  When playing games, they were the ones who quickly pulled a group together, used their individual strengths and left out no one. How nice!

Encourage tolerance—Through a scene or play, when one experiences first-hand what is like to be the down trodden character, the misunderstood, the shunned, the innocent accused, one’s framework of understanding broadens.

For example, when we dramatize the story of Anne Frank or Helen Keller, we begin to see life differently and the value of everyone.  Life’s issues become greyer in color to us and thereby we appreciate the many perspectives in a particular situation. This is a remarkable attribute.

Provide a safe place to express one’s emotions—Society’s pressures have encouraged us to keep our emotions to ourselves, especially negative ones. I was one of those people.  In turn, some people are the opposite and show only negative emotions because they feel less vulnerable in so doing.

By creating a character and expressing the character’s emotions—happiness, sadness, fear, pride, curiosity, anger, joy, jealousy, etc. these feelings become an accepted part of one’s psyche. One’s acceptance of all one’s emotions, strengths and weaknesses is vital to our growth, no matter the age.

I’d love to hear from you!

8 thoughts on “The Top Reasons Drama Is Important for Your Child’s Life by Deborah Baldwin: A Featured Fun Guest Post”