My grandparents lived in the suburbs of Birmingham Alabama when I was small. Once my grandfather retired from the steel mill they relocated to Mt. Olive, Alabama. This was the town they had lived when they were children and where they both lived during the time that they met and married. My grandparents chose to get a few banty hens and one little rooster to have for their retirement home. The rooster they named Bobby, and he freely roamed the yard daily checking on his hens. 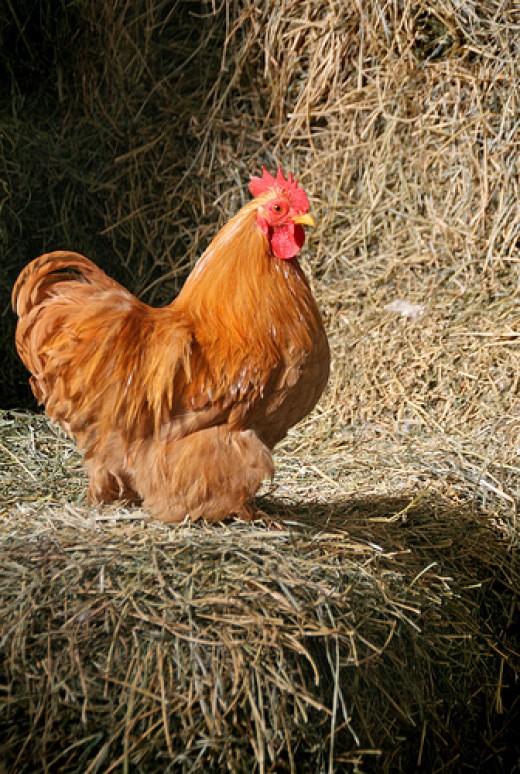 My grandfather created rows of vegetables in the newly formed garden area and the small farm was becoming a great extension of my grandparents’ lives. They canned and shared fresh vegetables with all of us. When visiting there was always a lunch provided which had been cooked from the freshly picked vegetables from the garden.

Many mornings my grandmother would go out and locate the small speckled eggs that had been left by one or more of her hens. They would many times eat the eggs, but they also on occasion allowed the eggs to hatch. I remember the one time they left one tiny egg each morning during the same week, this plan allowed for 3 little chicks to be born a few days apart.

The yard was alive with little banty hens pecking around on the ground near the house, Bobby strolling through the yard, and the 3 little chicks that were following their mothers around learning the ins and outs of barnyard life. Each night the hens would be sent to the safety of the big tree near the house and Bobby was always the last one up. Each morning the hens would come down from the tree and begin their daily routine.

It was not a good or pleasant interest. Bobby was watching and waiting to see what happened next. The next morning the little rooster with the tiny topknot let out a very wobbly and immature crow. Bobby attacked the little chicken and killed it with a swipe of his claw. It was a terrible fate for the little rooster and it was upsetting to watch.

My Grandfather explained that Bobby was not willing to share his barnyard with another rooster.

The next day, sadly the entire scene was repeated. A scraggly red topknot appeared and a day or two later, when the little rooster crowed, the outcome was the same. Two of the three little chicks were both male and were killed by Bobby when no one was around to save them.

Several days later, there was the familiar change in the barnyard. The littlest chick developed a red topknot. We cringed and talked about how we could save this little rooster from sharing the fate that had occurred earlier in the week.

Day two came and went and still no sound from the little rooster. The topknot was developing and he was becoming a fine specimen of a rooster. Yet he made no sound. He stayed close to the females and avoided receiving attention from Bobby. This rooster spent his entire life quietly living his life, unscathed by Bobby the rooster.

This little rooster had seen what happened when the other roosters crowed and he seems to have made the conscious decision to survive.

I think about Bobby and the little rooster that lived in peace together in the same small barnyard, and I apply it to my life when it makes more sense to step back and not draw unwanted attention to myself.

I find that knowing these two roosters allowed me to know firsthand that sometimes we have a time in our life to be Bobby, the alpha rooster, and sometimes we must allow ourselves to be the little intelligent rooster that knew when to keep his mouth closed.

Bookread2day
Train your strength to protect yourself. Unmask and eliminate harmful stress and tension in posture and movement with gentle, relaxing HeilÜben-exercises for everyone!
%d bloggers like this: