Skip to content
A fantasy series that’s soon to be a feature film!!!!! 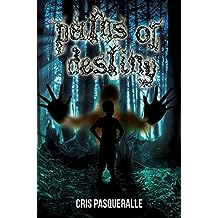 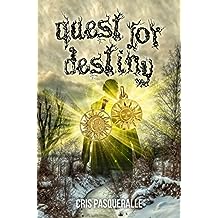 Twins Jack and Maddie Austin have just turned 13 and have been given a mysterious gift of two necklaces by someone they have never met. The gift comes with a message in the form of a poem, but before any explanation can be given, the twins and their family are attacked by an evil wizard named Tardon.

Tardon kidnaps the twins’ parents and, led by their Uncle Benny, the twins must travel to an unknown magical realm of wizards, gnomes, and hidden secrets to embark on a rescue mission to save their parents. Along the way, the twins are led on a path of self discovery that takes them on a quest to destiny.

On the surface, The Destiny trilogy may appear to be another fantasy adventure with teen heroes, and it is, but it is a bit different, our heroes are not alone. The family in this story is very much intact. Mom and Dad offer guidance and a loving hand, there is also a sibling love and rivalry that is explored, and the magical creatures are not your standard fantasy fare. Yes, there are dragons and fairies, but there are also Sasquatch, and Keeluts, and Gici Awas, and Thunderbirds, all taken from Native American folklore.  So if you like your fantasy with a twist, take a look at The Destiny Trilogy and ride the new wave in fantasy fiction. Available on Amazon at https://www.amazon.com/gp/product/B01LXRLRBJ
I have been asked many times what has inspired me and why I choose to write fantasy. First, the inspiration comes from my daughters. it was their love of the Harry Potter books that made me a fantasy fan, and, when that series came to an end, my children clamored for a wizarding story. After much discussion with them, The Destiny Trilogy was born.  I write fantasy fiction because I like the no boundaries approach to writing, and fantasy allows an author to build his own worlds and make up his own rules.  Plus, it’s a lot of fun.

Author Cris Pasqueralle is a retired NYC Police Officer who lives on Long Island with his wife and two daughters. Cris enjoys writing for a younger audience because he believes that through reading and imagination, kids build a brighter future for themselves and all of us.
Follow Cris on Facebook  at www.facebook.com./authorcrispasqueralle
Keep checking his author page on Facebook for news about the upcoming film versions of The Destiny Trilogy.
Book 1: Destiny Revealed
Book 2: Paths of Destiny
Book 3: Quest for Destiny