I have stumbled upon an excellent musician. not just a singer but one of those true musicians that write his own lyrics creates the music in all forms and records his compositions.  I am providing four of his songs that touched me in many ways. There were other songs that pulled to me but I didn’t want to share all his work on here.  Let’s get to know Ralph Lee Ridenour. 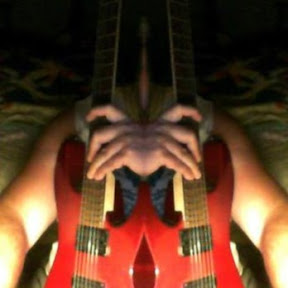 Ralph Lee Ridenour has been creating original music his entire life. He has been writing as far back as he can remember and his first song was written at 6 years old and was entitled I love you baby, baby, baby.

As a musician he has lived and worked in Hollywood, San Francisco, Nashville and has settled in the neighboring city of Lexington, Kentucky. This is where it was my pleasure to meet this very talented man.

Ralph Lee Ridenour has a history of filling music halls in many cities around the country. Now it is Kentucky’s turn to host this musical marvel.  When he sings it is brilliant. His harmonies make me close my eyes and just listen to his words. Even when the song is rock it comes across as deep and touches me in a nice way.  Queen of Chaos is hard hitting and I loved it.  I really had a difficult time choosing which songs to share. So my suggestion is that you subscribe to his YouTube channel and hear them all.

When asked what he wants for the future, he simply responded, ” I want to survive it.”

When you look to become a fan here is where you can find Ralph Lee Ridenour.  Surround him with your musical love and let him know which songs you loved most.

Tonight I was invited to an evening of live music with the Drummer and his wife.  We arrived at Waterfront Grille and Gathering in Winchester, Kentucky around 7:00 and watched the band set up and get ready for the show.

The band was scheduled to play at 8:00 so they arrived in time to set up the equipment and get the sound equipment perfected.  Many mic checks late they were ready to start the show.

The band finished setting up and the show started at about  8:15. There were some soundboard issues and one massive feedback that almost made us clear out. They brought over the professional sound board guy and corrected that problem before show time.  It was fine!  They got on with the show after that and the mic’s and the sound was utter perfection.

The first song they sang was the classic Bonnie Tyler song It’s a Heartache and it was wonderful.  The lead female singer, Gwen Neal Spencer really did it justice.  Then they moved on to a Stevie Nicks song which was sung by Treva Payne, who is the keyboard player and singer. Here is a portion of that song.

Then they got into some  Eddie Money, John Cougar Mellencamp and then they sang some Tracey Chapman. Some of these songs were sung by Dale Spencer and he did a great job. He has a sweet voice that is perfect for those Eddie Money and John Mellencamp songs. When they sang Shaky Ground it was so bluesy and so delicious.   It was such a mix, I loved it all.

One of the best moments was when Gwen sang, Blue Moon of Kentucky. If I ever missed a perfect video, that would have been it.  She held those notes and unbelievable amount of time. It gave me chills.

Then after the first  break they did a few requests and a few country songs.  Here is a bit of one of the songs they sang.  I did not video the entire song.  Just enough to get the feel for the singers vibe and talent. I am not the best videographer.

After this song, Gwen sang Girl Crush and oh my goodness, she killed it.  This girl has some pipes!  A video of A Girl Crush that I did not take is on their  Boone Alley Band Facebook page . Check it out, it is great.

The last song I heard them play before the second break was Exile’s Kiss you All Over and they sang it so phenomenally. Since we had to get up

Best part is, I have been invited back to a girls night at their next show the 22 or 23rd of July.  I am so there!  Girl’s night out are amazing. Thanks for asking me Amy and Phil! I had a blast with my Diet Coke and burger.

The band members playing tonight Randy Reed, Dale Spencer, Phillip Marmo,  Gwen Neal Spencer, Marty Muse, and, Treva Payne. So if you are ever in Kentucky and see them playing, pull up a chair, they are going to give you an unbelievable show.

This song has been in my head since I found it last week. I want to hear more from Emmit Fenn. I don’t even know if it is a group or a solo artist. I just know I love this song.  I love the words and the music both. I admit I am just an obsessed listener.  If you love them let me know. Also if you know anything about Emmit Fenn, share it with me.

I have been fortunate enough to meet a wonderful singer, musician and songwriter. His name is Steve Walle.  This is the cover of his current CD named  A Vision. It is absolutely worth listening to.

To let you know a little more about Steve, he comes from the windy and beautiful state of Montana.  Steve’s first CD  is available and it contains twelve songs that all have a country and western theme. Two of the songs on this CD,  A Vision and Cowboy Praise, are original music and lyrics by Steve Walle. The other ten songs on this CD will take you down memory lane and put a real smile on your face. You can sample the song on the CD and buy it at CD Baby.com.

I listened to this CD and I really enjoy the timbre of his voice. He has the perfect quality to his voice for this type of music.  Each song was beautifully performed and sounded great. I was then fortunate enough to view some of his videos. That confirmed what I already knew, that this man is extremely talented.

If you want to see him playing and singing then check out his videos, like Bluegrass Road.  Another song written and performed by Steve.

There are quite a few videos on YouTube that will show you more of his original work. He wrote the romantic song, Sweet Hearted Daisy. This is one song that really makes you appreciate his talent as a singer and a songwriter. Should I admit that it is a personal favorite?

The pure talent is obvious when you hear him sing and play the guitar, but in case that wasn’t enough, he plays ten additional instruments.  Steve Walle has such a way with words and the guitar.  I find myself listening to these songs over and over again.

Steve is preparing to go back into the studio to record a new CD.   The cover work has been commissioned and the CD will soon be made available.  I personally can not wait for the release. I understand there will be new songs and old favorites on the playlist.   I will be sure to announce the release date when I have the date in my hand.   Enjoy getting to know Steve through his music. You will not be sorry!