Kashmir, beautiful mountains, valleys, and loving people are being threatened by India and war is potentially looming. Why does a simple area have such a volatile situation happening to it? Greed, India wants the fertile lands for its self and Pakistan wants to keep this area as part of their country. There is no reason for this war to take place. India needs to go back into its own country and leave this area alone. There has been a struggle over this area since 1947 and now it is escalating again.

There are jets flying over and dropping bombs to frighten the people into surrendering the  region. It is a terrible horrifying situation. What’s to stop them from attacking other border cities. The fear is real. Pay attention to the news this less often mentioned struggle is brewing and should be watched closely.

Yesterday two jets were shot down over the area and Pakistan closed its air space to keep marauding Indians from attacking again. The pilots in one plane died in the crash and one other pilot was captured alive while the fourth was taken to a hospital for care. The region of Kashmir should not have to cower in fear from jets flying overhead potentially to drop bombs on the citizens.  Not to mention the mortars being shot over the country lines to keep the Kashmir citizens afraid.

I am sure that the people in Pakistan feel the same fear we did on 9/11 when the skies became an instrument of terror.  My heart breaks for these innocent people as war creeps closer and closer to them through no fault of their own. Remember these people in your thoughts and prayers. They have to fear for the lives of their children. 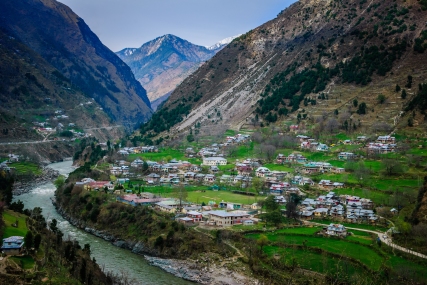